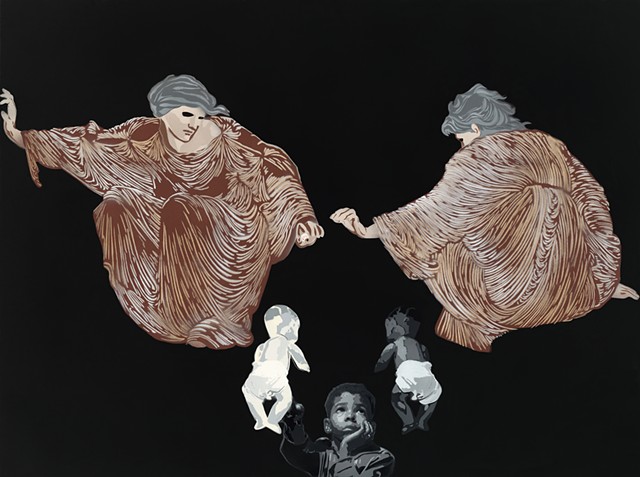 All complex human societies and leaders thereof assign to groups different positions of status. Pretexts for assignment can include family affiliation, religion, wealth, gender and physical characteristics such as skin color. Over time, patterns of attitudes, behaviors, and privileges associated with groups become fixed and unquestioned social norms. Despite claims of American exceptionalism, our history is no different. In our earliest days, as a collection of societies but not yet a nation, preferred status and privileges accorded therewith were determined by skin color. Before we formed as a nation, societal leaders assigned preferred status to white men while black-skinned slaves were viewed as property. In our early nation-building period, the Declaration of Independence nobly stated “all men are created equal”. The original Constitution and its specified rights, however, provided no language to institutionalize that ideal. Thus, over time, for decades that preceded the Constitutional Convention and for many decades that followed it, the preferred status of “whiteness” and its accompanying attitudes, behaviors, and privileges were becoming social norms – “white privilege”.

Following the Civil War, an atrocity born of protection of privilege, in passing the 13th, 14th and 15th Constitutional amendments, Congress abolished slavery, granted citizenship to peoples once enslaved, and guaranteed black men the right to vote. States, however, still retained the authority to regulate the civil rights of persons and private individuals could discriminate based on skin color in commercial and social interactions. The Supreme Court’s Plessy v. Ferguson ruling (1899) reiterated those authorities by arguing the 14th Amendment was drafted to enforce political equality of blacks and whites but not intended to abolish social inequality. Given the Court’s opinion, in the four decades that followed Plessy, attitudes, behaviors, and privileges associated with “whiteness” became entrenched social norms which were disturbingly manifested in the segregation-laden Jim Crow period of US history.

In the 1940s, Dr. Kenneth Clark undertook a series of experiments seeking to assess the effects of school segregation on black adolescent children – informally known as the “doll tests.” The experiments were designed to elicit a black child’s racial awareness and racial preference when presented with two dolls, identical except for color, one being white and the other brown. Consistently and in various age groups, a majority of the children exhibited racial awareness and a preference for the white doll. Dr. Clark argued the findings reflected the children’s knowledge that their society prefers white people. Evidence of “white privilege”, it seems, is not lost on the young. More recent experiments have returned similar results. The poignant imagery in this painting of a young boy looking at a black doll while pointing (showing preference) to a white doll was appropriated from a photograph from the initial experiments.

Clark’s findings were included in the plaintiff’s argument in the seminal Brown v. Board of Education Supreme Court case, the outcome of which paved the way for the Civil Rights Act of 1964. The ideal of “all men are created equal” was now codified in law. And yet, 50 years after the passing of the Civil rights Act, racial discrimination persists. Why is this so? While it took Congress just over a year of debate to pass the Act intended to eliminate social inequality, it takes far longer to eradicate a regime of entrenched social norms that first defined then sustained conditions of social inequality for generations – “white privilege”. Such change must begin with a recognition that these norms exist and are pervasive. All too often that truth is not acknowledged – “willful blindness.” Willful blindness, however, by definition is individually “willed” which offers hope that the eyes of those in denial can be opened. The larger figures in this painting were appropriated from Edward Burne-Jones artwork entitled Perseus and the Graiae (1875-78). The Graiae are the Grey Witches of Greek mythology (two of three witches aptly name Dread and Alarm are included in this painting) who are blind but share one eye. Their blindness or struggle at the sight of evidence of “white privilege” represents those who don’t see, or don’t wish to acknowledge social norms that are sustaining social inequality.